A new film about farming and food sovereignty in the UK is set to be released by the  Landworkers’ Alliance and Blackbark Films.

In Our Hands: The seeds of a better food system is a feature length documentary that tells the story behind the blood, sweat and tears of the farmers who are outgrowing the industrial food system in the wake of Brexit.

Read more about the film below and watch the trailer here.

In Our Hands explores a quiet revolution that is transforming the way our food is produced and distributed. Our current industrial food system is a vast and wheezing giant that is only upheld by a stilted subsidy regime that pays out to landowners and leaves many farmers by the wayside.

But from the hedge-rows and by-roads, the fields and furrows can now be heard the stirring of change. Stories from the global South have inspired farmers and food workers across the UK, to become part of a global movement to take back control of the food system and develop food sovereignty. 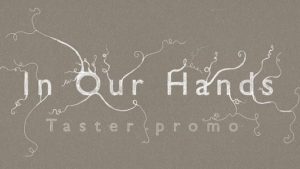 From the grazier reviving the art of pasture, to the grower erecting a poly-tunnel in the heart of East London or the farmer saving a handful of ancient grain, a new agricultural landscape is emerging. Here rural traditions meet modern innovations in a new food system that will bring back life to the soil, a fair wage to the farmer and a flavour to the tomato.

Throughout the tumultuous summer of the Brexit referendum the Landworkers’ Alliance joined forces with two film-makers, to unearth the farms and faces that are making this change happen.
We stand on the brink, the future is uncertain, but the seeds of a better food system are In Our Hands.